On 13 September 2018, the second meeting relating to the Decolonization, Violence and War in Indonesia, 1945-1950 research project was held at Pakhuis de Zwijger (Amsterdam). The livestream of the evening can be viewed here.

The theme of the evening was Decolonization or recolonization? The first part of the evening focused on the impact of the war between the Netherlands and Indonesia, while the second part was dedicated to terminology. The term ‘police action’ may now be obsolete, but what about the term ‘decolonization’? As Indonesia had already declared independence on 17 August 1945, the war that then followed can also be seen as an attempt to recolonize the country. A common thread running throughout the meeting was multiperspectivity: how do we do justice to history while taking all the different nuances and various viewpoints into account?

Frank van Vree, Director of the NIOD Institute for War, Holocaust and Genocide Studies, gave the opening address. A full transcript of his lecture can be found on the NIOD website. Frank van Vree described how researchers have featured in the media, at debates and at evenings such as this one over the past year, pointedly not withdrawing to their ivory towers of academia. Their participation in public debate has led to the exchange of information with parties including other academics, the Scientific Advisory Board and the Social resonance group, in which the Indisch Platform and the Veteranenplatform (to name just two) are represented. The only party not to have been involved in consultations was the Dutch government: this is because the research is being carried out independently. 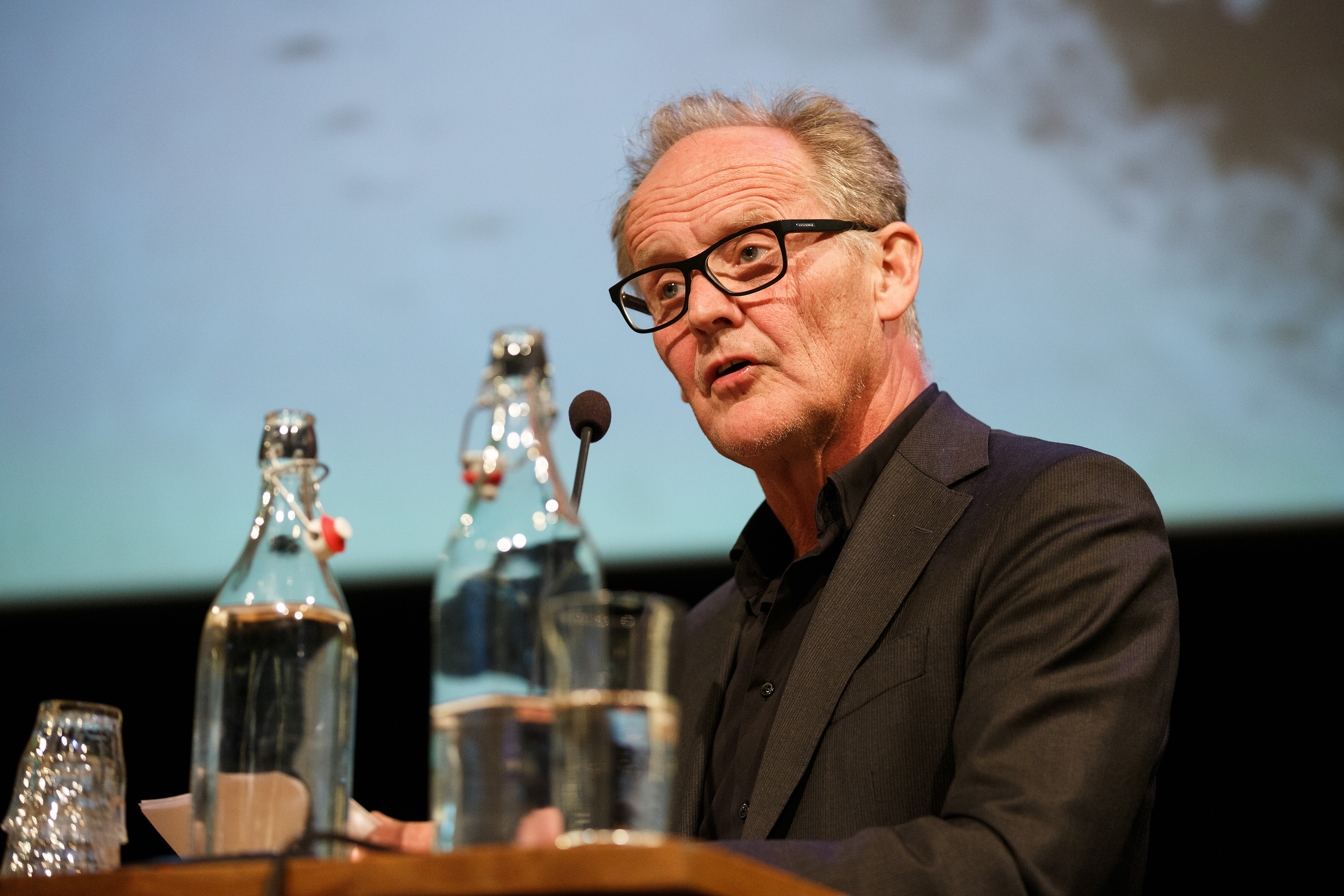 In his lecture entitled Friends & Foes of Indonesia, from Multatuli to Poncke Princen, Bonnie Triyana, an independent historian and the Editor-in-Chief of Historia, reported on the foundation of the Multatuli Museum in Rangkasbitun. “Why is this museum named after a Dutchman instead of after a local historical figure?” was one question he was asked. Protesting students reiterated this: “He’s a Dutchman, our enemy.” Bonnie Triyana pointed out that the battle against colonialism was fought by people from varying backgrounds: who they were was not important, as long as they were committed to the cause. These other people deserve more attention, according to Triyana, illustrating his point by talking about the life of Poncke Princen. Triyana emphasized the importance of teaching young people in Indonesia and in the Netherlands more about this period of history in order to avoid any more incidents like the one in 2002, when Balkenende extolled the virtues of a Dutch East India Company mentality without considering the fact that that same company had formed the foundations for centuries of colonialism and imperialism in Indonesia. 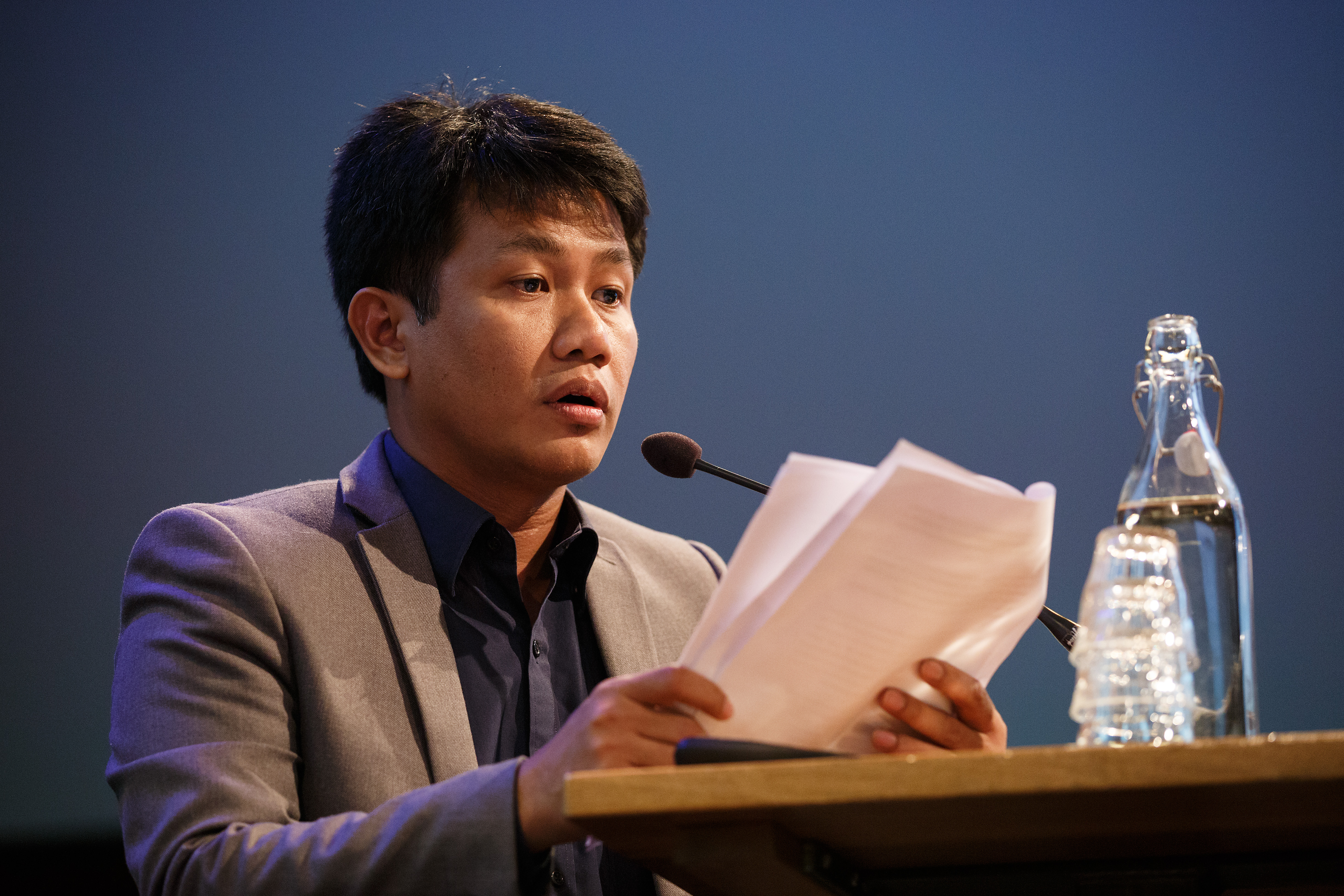 Bonnie Triyana, independent historian and the Editor-in-Chief of Historia

One of the subprojects within the research programme is Witnesses and contemporaries. The researchers working on this project are talking to first, second and third generations, each of which is providing its own testimony about this period of history. The personal stories they tell enrich the research, and may also inspire researchers to include new questions in their research. Stephanie Welvaart is talking to three grandchildren of Dutch and Indonesian contemporaries. Hanneke Coolen-Costers explained how second-generation participants react with surprise when they hear the stories told by their parents. “You never asked about it,” is the retort they then hear. As far as Jeftha Pattikawa is concerned, history as a whole is his family history too: “You talk about dates as if they are objective, but this is my history. Without this history, I wouldn’t have been here.” Natasha Santoso also emphasizes that we tend to forget that the people involved in the history we study are also our grandparents. The complicated relationship we have with studying the history of our grandparents also became apparent when someone in the audience posed a critical question: did those grandparents commit war crimes? Moderator Stephanie Welvaart concluded that it is good to talk about war crimes and bring such things out into the open. “We should not be afraid to do so.” 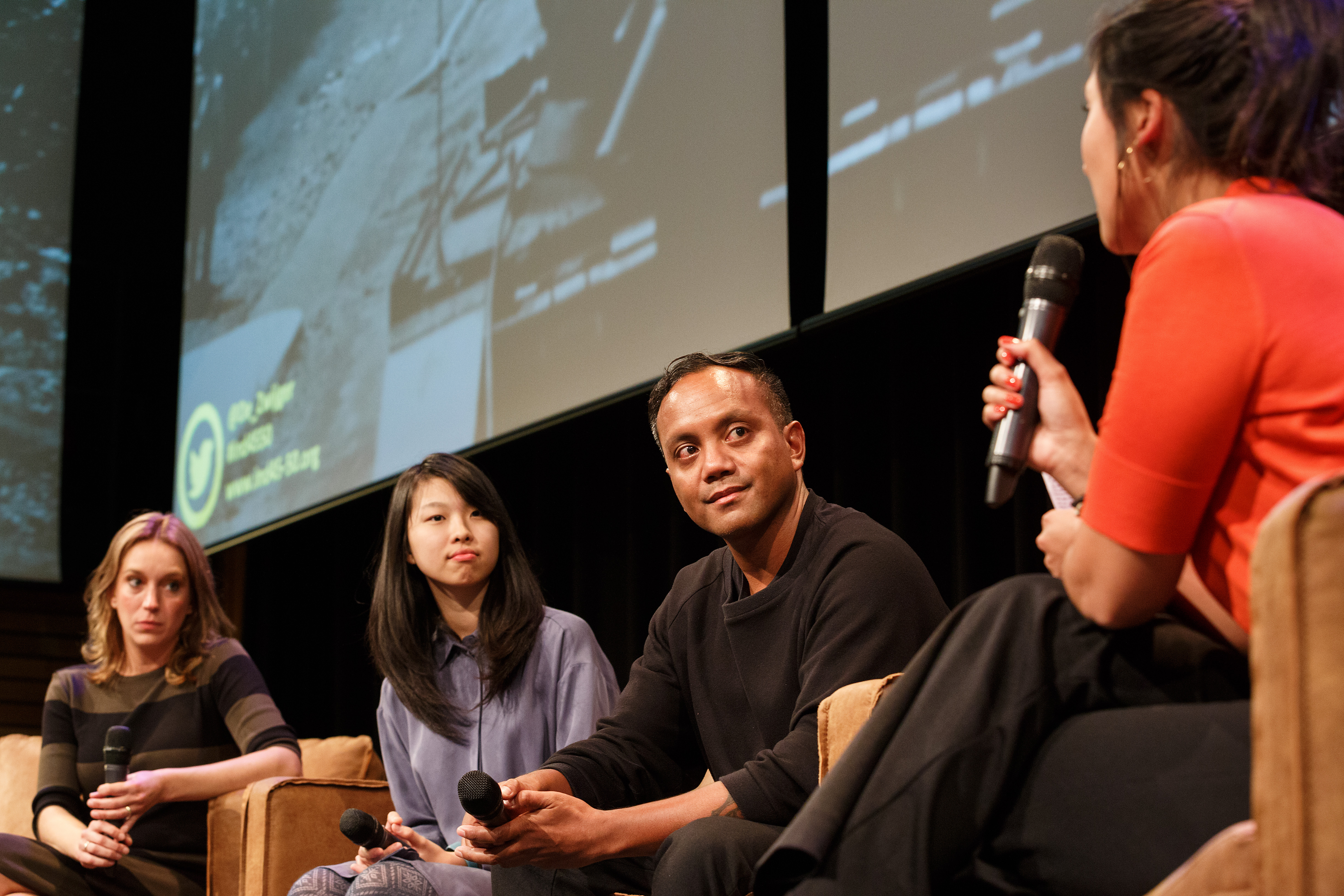 The Delta Dua theatre company surprised those in attendance with a selection from its production entitled Westerling, which was interwoven with a reflection on the performance by Anne van Mourik, Research Assistant in the Political and Administrative Processes, the Netherlands and the Dutch East Indies subproject. The production does not claim to be objective but does show things from several different perspectives. Anne van Mourik has written a blog about the research group attending a performance of the production. 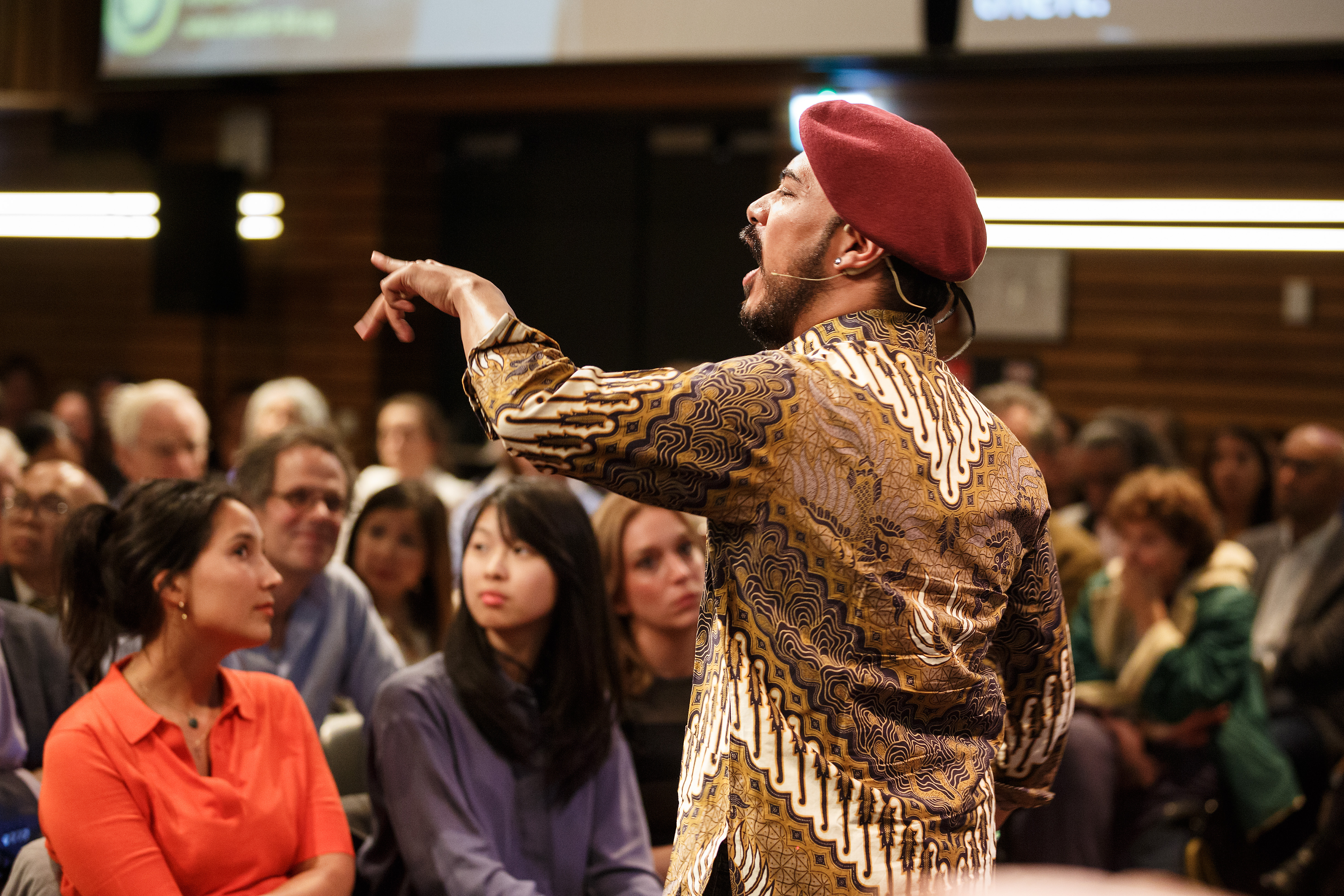 Jeffry Pondaag of the Comité Nederlandse Ereschulden / KUKB Foundation (which represent the victims of violence and war crimes during the colonial era), and the driving force behind the legal proceedings against the Dutch state, is critical of the research programme and was asked to come and explain why. In November 2017, Pondaag, working with Francisca Pattipilohy, drafted an open letter that was sent to three ministries. Pondaag outlined his objections in Indonesian, and then translated them for the Dutch speakers in the audience, asking why the Netherlands thought it was entitled to regard a country that was 18,000 km away as Dutch property. The attitude seems to be that the Dutch East Indies were self-explanatory and legitimate, but many people were needlessly executed and murdered in the name of the Kingdom of the Netherlands.

Pondaag also played a video message recorded by Francisca Pattipilohy. In her opinion, the research should be based on a recognition of Indonesian sovereignty from 17 August 1945 onwards and of the illegal occupation of Indonesia following on from that. This means that the war was a war of aggression aimed at recapturing the colony that had previously been unlawfully occupied, and against an independent Indonesia that was defending that independence. According to Pattipilohy, there was no Bersiap period in Indonesia: there was no power vacuum, as an Indonesian government had been established. In her opinion, the research ignores the fact that all wars and violence were a consequence of one cause: the illegal colonial occupation of the country. 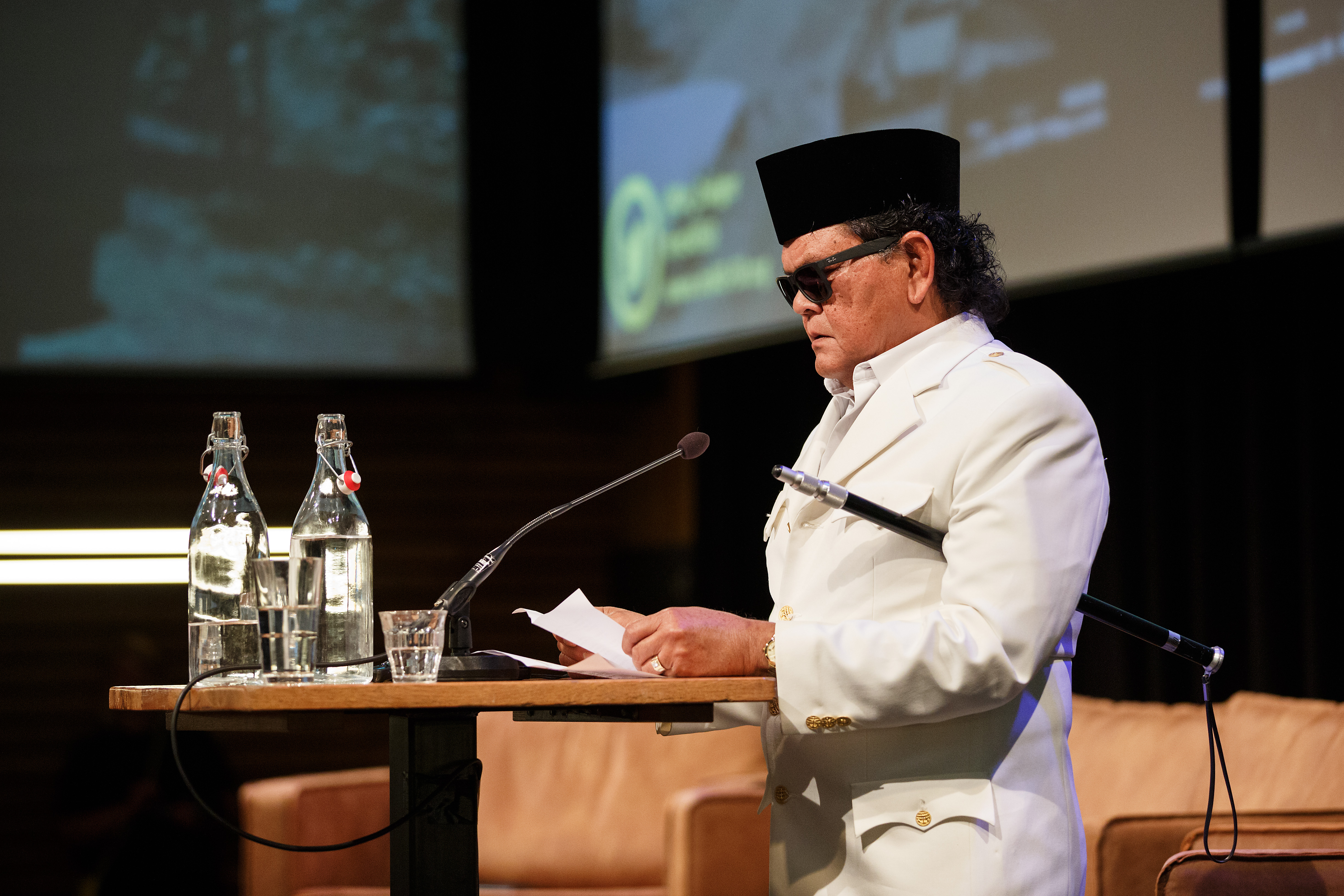 During a panel discussion between Liesbeth Zegveld, Marc van Berkel, Martine Gosselink en Remco Raben, the legal implications of terminology were explored. What does it mean when we use specific terms? Van Berkel talked about the gaps in the teaching of history in Dutch schools: this period is described on the basis of the national narrative. There is no coverage of how the Indonesian population experienced the presence of the colonizers or of how the process towards independence took shape. There was then a discussion between Raben and Zegveld regarding how historians deal with the legal implications that stem from the legal proceedings being conducted by Zegveld. Zegveld patiently explained to those in attendance how the Dutch Civil Code applies to the legal actions she is taking. She put it to the researchers that they cannot say that they will assume the date of 17 August 1945 and then talk about this period using terms relating to the laws of war. In order to understand the action taken by the Netherlands, it is important to adhere to the Dutch Civil Code: the action was, after all, taken on the assumption that the Dutch legal system applied.

“This evening has shown how much interest there is in this topic and how people wear their hearts on their sleeves where it is concerned. As researchers, we are at the heart of society and want to hear the various voices and perspectives,” said Frank van Vree as part of his closing speech. “This does not mean that we no longer try to reconstruct how things actually happened. We need the various perspectives in order to be able to understand why people took the action they did.” It was clear from the critical questions that followed this address that the closing words were not enough for everyone. 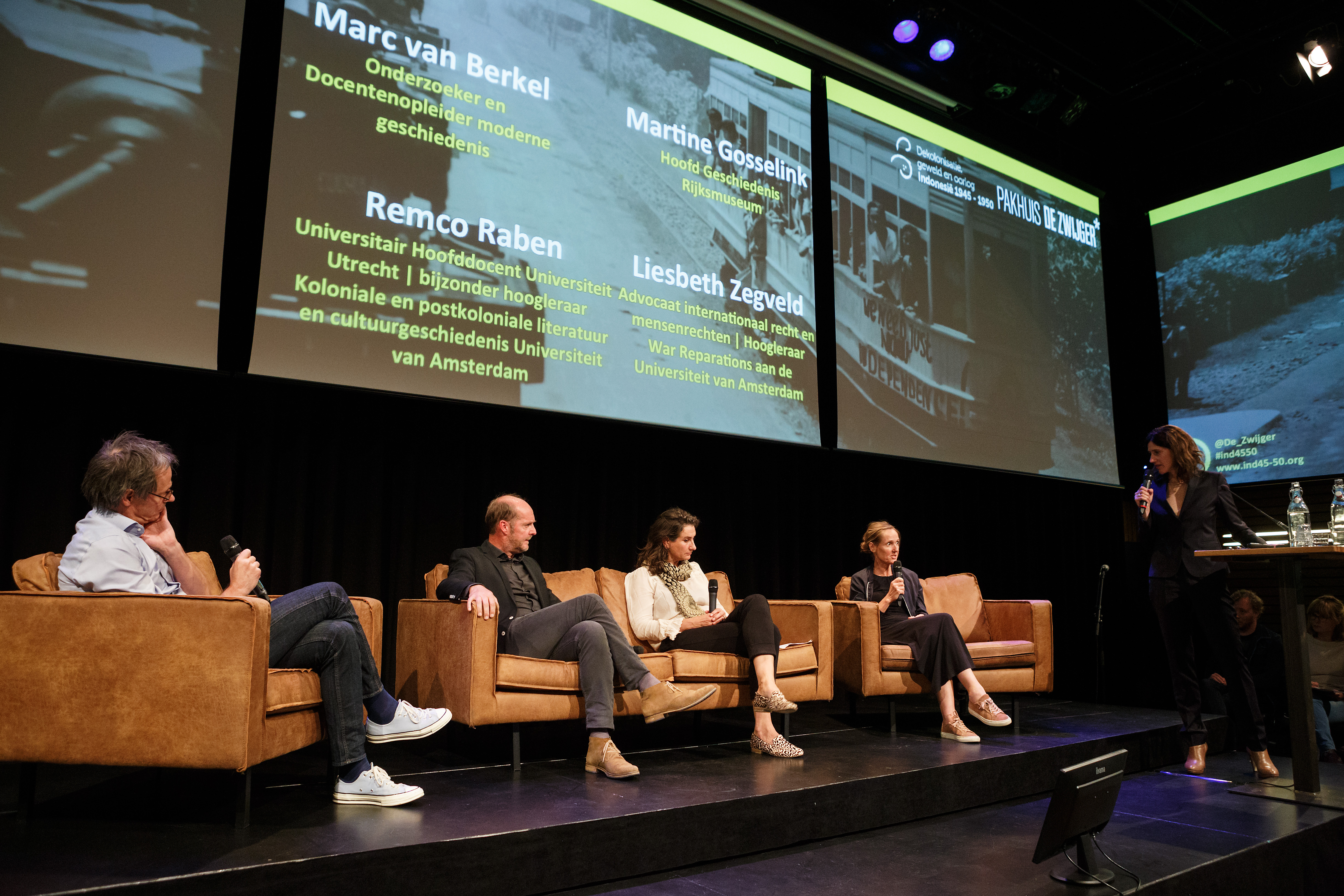