How can or should colonial injustice be acknowlegded? Anne van Mourik interviewed historian Nicole Immler, who wrote an article on the subject in BMGN. In 2011, the court in The Hague declared the Dutch state responsible for the mass executions that took place in 1947 in Rawagede (the present-day Balongsari) on West Java. The executions were carried out by Dutch soldiers during the Indonesian War of Independence (1945-1949), and the court’s ruling was followed by apologies and compensation. Nicole Immler travelled to Indonesia to investigate the effects of the lawsuits in Balongsari. What are the possibilities and limits of official apologies and financial compensation as instruments of recognition?

At the time that I conducted my interviews in 2015, four years had passed since the apologies had been given. The women spoke of their own accord about the compensation that they had received from the Dutch government. The money triggered emotions and caused considerable commotion. It was a source of both joy and sorrow in the villages. The apologies were a symbolic gesture that was important to the victims. However, without money or some other kind of tangible compensation, many would not have been satisfied. Without compensation it would have been, in the words of one of the child victims, ‘an empty gesture’. The apologies must be tangible, ‘merely shaking hands is not enough’.

2. What were the consequences for the widows, their families and the village community? What experiences did you hear about?

In the article, I described the main narrative lines of the widows, their children, family members, neighbours and village officials. The complexity of the experiences shows that more attention must be devoted to relevant social processes, including the dynamics in the families and the village as a whole, to ensure that compensation measures of this kind have the intended effect.

For example, nine widows of executed men received compensation in Rawagede. They were the ones who were still alive. The late widows and families of the other men who were executed received nothing. The viewpoint of the larger ‘victim community’ was that the money had to be shared. The way in which the apportioning took place was experienced as very threatening by the families that had received compensation. The village authorities stated that the process had nevertheless been necessary for the purpose of preserving the social peace. That the money had to be apportioned in one way or another was not disputed by anyone. At the same time, however, the widows and their immediate family members felt that they were excluded from decision making; that they had no voice in the redistribution process. That was deeply hurtful to the widows, and even more so to the younger family members. They experienced acute powerlessness in this process. Some continued to feel that they had not only received something but had also lost something. In this sense, compensation causes pain as soon as people realise that it does not give them what they had been hoping for. Nevertheless, material progress and a certain sense of redress are discernible among all of the families concerned.

3. Are the apologies and the financial compensation in line with the widows’ ideas about justice?

That is exactly what we should have determined prior to paying the compensation. It is difficult to ascertain now because the lawsuits have taken place and there is now a standard, namely apologies accompanied by a financial gesture, that is presented as just. Some people would like things to be different but do not know exactly in what way.

What was evident was that, in some cases, the wishes are very specific and have to do with the loss itself. One woman, for example, was able to rebuild her house, one that she had no longer been able to maintain as a result of losing her husband. Child victims who were unable to complete their education as a result of losing their fathers want recognition and compensation precisely for that loss of education.

4. You previously conducted research into the meanings that compensation claims had for Jewish victims of the Second World War. Do you see parallels, and if so, what do these parallels teach us?

Recognition is often even more important to the second generation – that is, to the children of the victims – than it is to the victims themselves. Their children often also ask for more. This is because, in addition to wanting their parents to be rehabilitated, they want recognition for the fact that they grew up in such difficult circumstances. It is therefore not only about the Dutch state’s recognition. It is also about mutual understanding and recognition within a person’s own family and community.

For this reason, it is very important for dialogue to take place at different levels; in other words, not only between states and their citizens but also within communities and families. 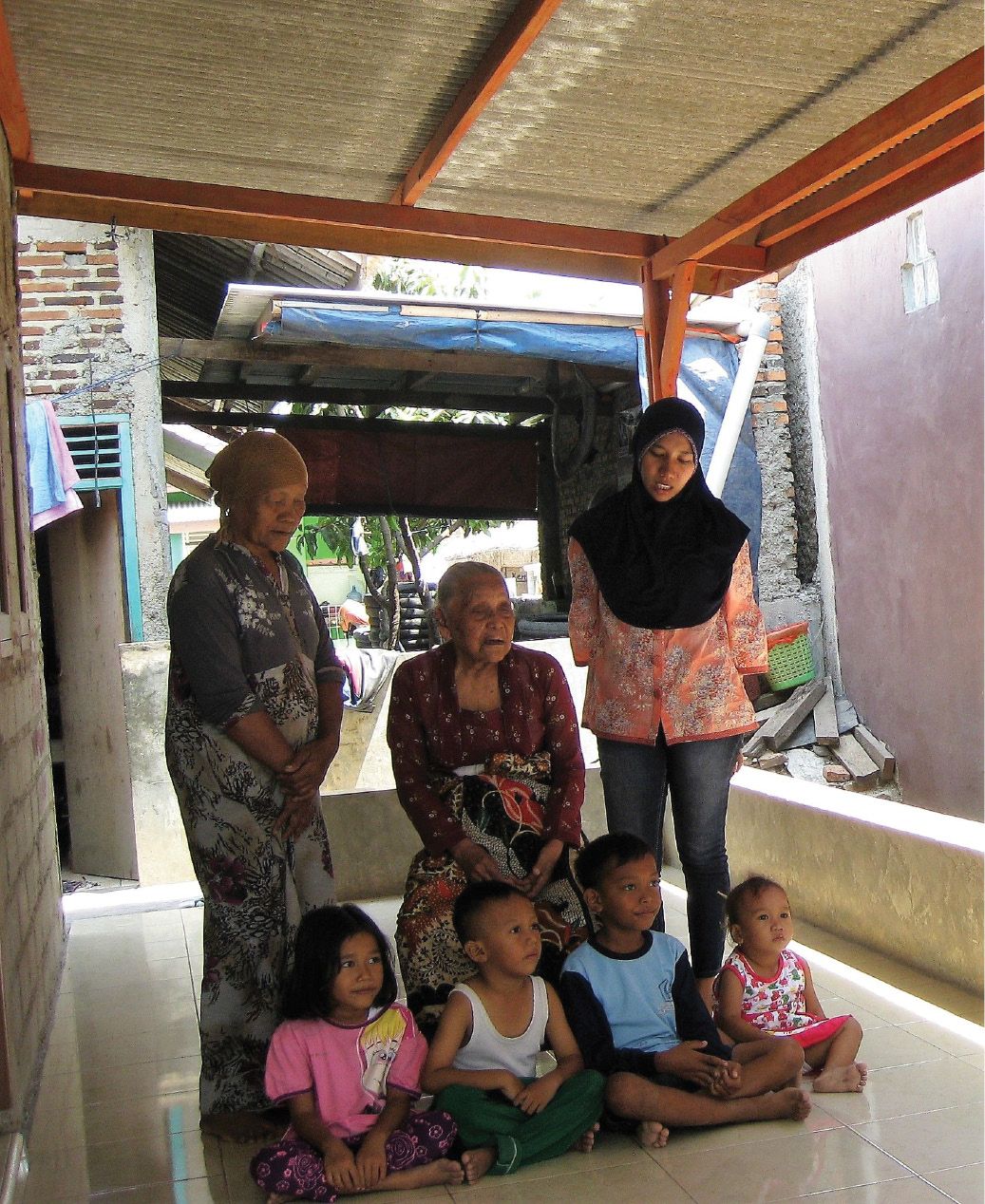 Widow Ibu Tijeng (1927-2018) together with her family in front of the house in Rawagede that they built with the compensation money. Photograph by Nicole Immler

5. You write in your article that the lawsuits are not only about the victims in Indonesia. They are also about, for example, the victims’ representative Jeffry Pondaag, an Indonesian who has been living in the Netherlands since he was young and who actively contributes to the public debate about the colonial past. What does this mean in your view?

The lawsuits are not only about recognising that wrongful executions took place in Indonesia between 1945 and 1949. They are also about the fact that many within the Indonesian community in the Netherlands struggle with the colonial legacy in itself. In many cases, for example, they feel like they are treated as second-class citizens. This is linked to the fact that the Dutch government recognises 1949 rather than 1945 as the year of Indonesian independence, or to the fact that this colonial history is not perceived as a shared past with sufficient clarity. Pondaag often states that ‘The Dutch murdered their own subjects’ (De Nederlanders hebben hun eigen onderdanen vermoord, NRC, 16 August 2015). According to this line of reasoning, both the Dutch government and Dutch society should take responsibility for what happened. Attention is now being sought for this lack of responsibility through lawsuits.

6. During the decolonisation war, Dutch and Royal Netherlands East Indies Army (KNIL) soldiers regularly used transgressive force. The lawsuits concern individual victims, however. Because of the non-incidental nature of the force employed, the individual lawsuits do not do justice to the historical events. What is your view regarding this aspect? Are the individual lawsuits an effective means of dealing with the colonial past?

The latest developments show that the lawsuits were necessary in terms of triggering a wider debate in the Netherlands about colonisation and the period of decolonisation. I think that it is important to see this evocative power of the lawsuits. At the same time, they harden and limit the conversation. We must be more aware of the limits of the legal approach and we should think about additional measures. We could also encourage discussion about improvements in the legal procedures in order to achieve closer alignment with the social reality of the victims and their families.

What my research shows is that part of the problematic effects of the compensation for individuals has to do precisely with the need, in cases where the violence was collective, for a response that is more collective in nature. Indeed, acting on the basis of individual cases generates many expectations among individuals that can often not be met because, seventy years after the events in question took place, it is difficult to find, or remember, a sufficient amount of evidence that is sound enough for a lawsuit. For example, while many villagers testify in the lawsuits that mass executions took place, there is often no hard evidence for the individual cases. Moreover, these legal proceedings often take so long that the elderly individuals pass away before the proceedings are concluded. Ms Tjammorong passed away in 2016, for example. Her granddaughter is still waiting for the ruling. Situations like these cause great frustration among the children and grandchildren.

7. You write about the tension between historiography, the administration of justice and society. Historians are inextricably linked to contemporary society and its moral values. At the same time, however, their profession requires maintaining professional distance, impartiality and moral neutrality. What is your view regarding this tension in the current debate about the lawsuits?

In my opinion, the research programme into independence, decolonisation, violence and war in Indonesia in the period 1945-1950 is not only about the description and interpretation of historical data. It is also about historians feeling challenged by questions concerning justice and being willing to engage in discussion about these questions instead of delegating them to lawyers, judges and politicians. Merely putting the ‘Indonesian perspectives’ next to the ‘Dutch perspectives’ and then critically questioning the terms used is inadequate. It is also necessary to engage each other (Indonesian and Dutch individuals) in discussion about both ‘sets’ of perspectives. Such a discussion would reveal how intertwined historiography and issues of justice are, because the way in which historiography is conducted also determines how we think about reparations. The debate about judicial remedy and justice is still one-sided in the sense that it is only a Dutch debate. This does not do justice to the intertwined histories, a consideration that automatically gives rise to the question as to who may actually determine the conditions regarding recognition. Only the Netherlands? Or should an Indonesian-Dutch debate determine these conditions?

8. There is considerable discussion within the research group about the question as to whether the historical period in question should mainly be described and understood or whether a bridge between the past and the present should also be built. What is your view regarding this tension and do you have any tips for us?

To me, the past and the present are always connected. I studied the phenomenon of family memory because it tells us a lot about the social dynamics in which individuals live. As soon as you start speaking with people about their lives, motivations and goals, you see that family histories partly determine what people think and do. The past often acts as ballast and inspiration simultaneously. Being aware of and recognising these dynamics of family memory helps us to understand, for example, the engagement of the second and third generations with respect to recognition or restitution.

In political circles and in the public debate, apologies and compensation are often considered to be the last step in a process, whereas they are more a part of a much broader process. We should therefore be thinking in much broader terms, but the focus on apologies and financial compensation is preventing a more encompassing discussion.

It is not a coincidence that this subject is now on the agenda. Questions about Dutch national identity, refugees, racism and limits are in the media every day. Because of this context, this polarisation in society, questions concerning recognition are again taking centre stage. These questions are not only about the colonial past. They are also about contemporary Dutch society, one in which not everyone feels equal. It therefore seems to me that creating equality between different perspectives is the precondition for a dialogue that will lead not only to recognition but also to change. It is about listening to each other, but more is required. Ultimately, it is about what sociologist Hartmut Rosa refers to as resonance; in other words, about responding to each other. This would mean that as soon as participants in this discussion about the recognition of colonial injustice felt that they were being heard by the opposite party, they would also dare to let go of their positions and thereby foster mutual understanding and rapprochement. The common societal goals would then become more important than continuing to confirm ‘the differences’. 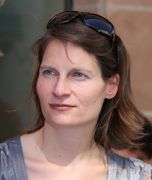 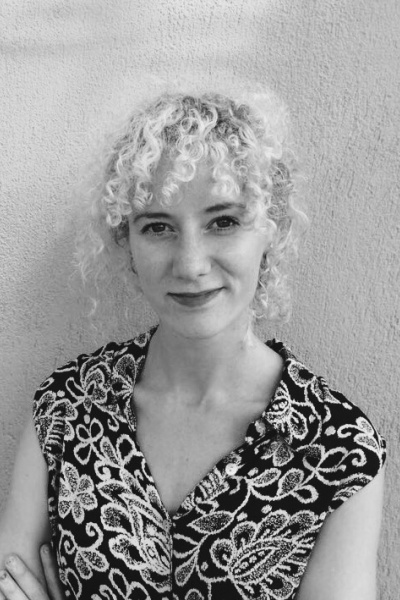 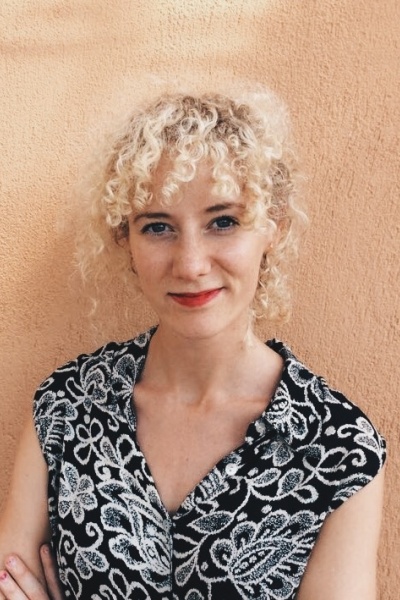